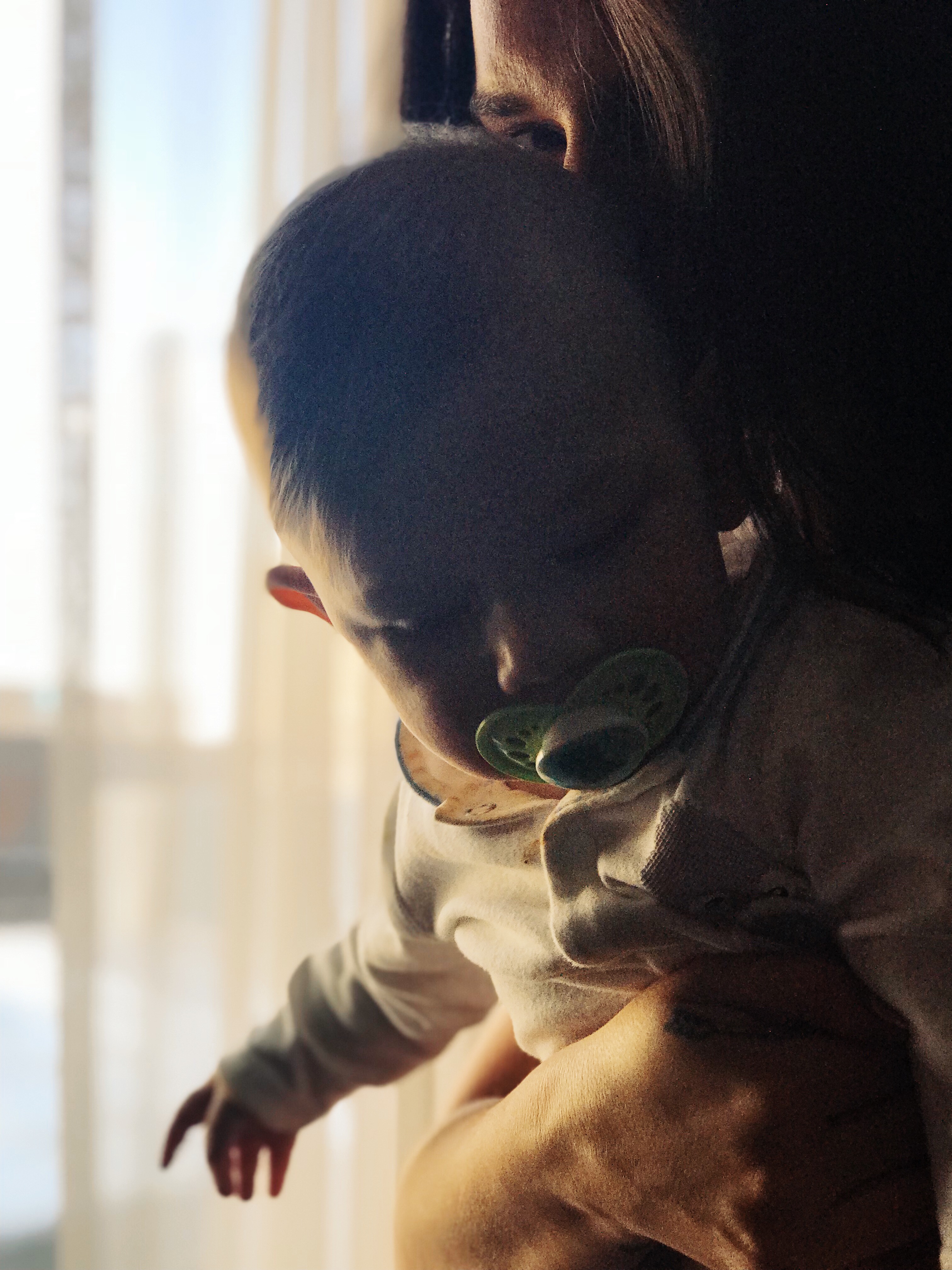 Being a new mom has taught me how to be completely imperfect and yet perfect to a little tiny human being’s eyes. You thought you had responsibilities until keeping your child alive comes along. You realize how much time you used to have to yourself and yet complained.

Motherhood makes you value what is important beyond yourself and it can be difficult to make that transition as all you had to really care for before was YOU and it was easier in some ways compared to now. Although, we are all learning how to take care of ourselves, It’s a constant battle with the mind and ego to know what YOU need & who YOU are. When you think you have found it, all is given to your child. Happily of course. But at times it feels like you might’ve left yourself on the side of the road, you wonder how you got there with poop in your hair and the notion of showering is long gone. If you’ve felt that way and I sure did at the beginning with a newborn…welcome to the club! I’m not superwoman but it some situations I definitely think I grew some type of wings or something to give me the courage to Keep it up!

I was talking with a mom yesterday who’s a regular on a show and she recalls breastfeeding on set only 6 weeks postpartum and the first thing she said is ” i have no idea how I did it.” But she did! It impacted me when she said that because motherhood is exactly that! It pushes us to do inimaginable things in the name of pure love!

It seems foolish at first to even possibly think that it could happen to be at a point where you can’t handle everything or close to none but a baby becomes your boss! Until things smoothes out there’s an amount of time where you’re learning and the process is like an emotional intelligence that you just need to trust. Last night I was watching “The Let down” which is a new show on Netflix and the first episode was so relatable that I almost wanted to cry and yet I just laughed my ass off because it eventually all got so much lighter! And that’s the good news: it gets easier! And you get your time again! And that’s when you wonder? – well, what the hell would I want to do with my time? Who am I now? I’m finding out little by little and accepting it the way it is.

Nonetheless, what I learned is that you have to go with your baby’s flow. I remember fighting myself because either I was extremely sleep deprived and I just wanted him to fall asleep or moments where I couldn’t put him down and I was thinking of the million things that I had to do. What I realized is that portion of time where you feel like you’re not in control and nothing is getting done is actually short. Your baby grows very fast and during that time is where you’re going to learn fundamental things about yourself like simply surrendering to your child’s needs and the more you simply enjoy the ride, the easiest it will be. I learned about limits that I thought existed and actually were much further than I imagined. I look back on certain moments where my arms were on fire because he wanted to be held for hours and now he’s crawling everywhere and only wants to discover…and I’m the one who wants a hug!I lrealized that certain situations or people didn’t fit my life anymore and made me feel unprepared or bothersome. Some people really don’t want to have to deal with a crying baby and that’s okay! That’s how it is.

The other pressure I’ve felt is from society who sometimes look at you like you’re not doing much or just think you’re not doing it right. “Why do you look so tired?” – “please put some socks on your baby!” *sigh* The key for me was to do what I believe works and is best for my baby. It’s very easy to get lost into constant comparison with other mothers as you enter a new world, a new “group” and it’s possible to feel like you’re not doing as well as you should. I catch myself sometimes feeling very insecure about my body or feeling sick worried because Oliver is on the smaller side. It’s taking a lot of grounding for me to be on my own path and never consider this as a competition.

It’s also all of a sudden difficult to have people with no kids relate to you, the simple things like “lets grab some drinks” is not the easiest task on the menu and some people might think that you’re not “living your best life” when really caring for your children has become “your best life.” I’ve learned to deal with those things over time when I realized that motherhood is not a “one size fits all” it’s a very personal trajectory that needs to be looked at with affection and understanding.

I didn’t have it all figured out when Oliver was born and I’m still learning as I go, I have moments of fear, moments of doubt, moments of bliss and moments of proudness. I also have moments where I completely “plateau” aka stagnant because I’m simply processing what’s happened and is happening. I had certain acquaintances just two months after giving birth that didn’t understand why I wasn’t going to get a massage or didn’t have a nanny yet. “Self-care Julie!” Yes, indeed, self care is very important and it can seem at times like it’s society’s embellished selfish obsession to constantly be on this race of becoming a better person. While that’s True, some have pushed it to a whole other level where they’re self caring so much, they don’t know how to care about anybody else…So, for me it wasn’t until I felt comfortable that it’d actually BE self care! I wanted a little time to explore how to become a mom and feel comfortable leaving him and I just needed to be understood. Of course it’s different when family’s around but our family is usually on a plane traveling somewhere! Haha 🙂 I think that being a first time mom was harder for me to accept help from others and let other people do things what I couldn’t handle. (To be honest it’s something I’ve struggled with a baby or not) I’d probably be way more laid back the second time around and I had been told many times by other moms that it would happen that way!

Every day is a process that you get used to and start enjoying! I really started getting a hang of it all around 6 months and that’s when it became more of a natural flow and I didn’t have this voice in my head with 100 questions and concerns all at once. The beauty of it all is your instincts, the mother instinct that guides you and it’s surreal at times! Now that Oliver sleeps in his own room, there’s times where I’ll wake up all of a sudden and Oliver starts crying! It’s as if my body just knew and I’ve heard many times that it’s a real thing!

I have really started loving motherhood and everything it teaches me! Without being tested, there’s no growth and I can honestly say that this is just the beginning. I had never thought that such love could be possible and I had been told many many times but it’s different when you live it. He definitely makes downfalls easier and puts a lot of sense to life. When I feel frustrated or not adequate, I look at him, his smile, laugh and I realize that I think I’m doing okay and hello beautiful mom out there, so are you!

PARENTING: GETTING ON THE SAME PAGE

Baby Items I couldn’t live without

BREASTFEEDING: Everything I learned

How I dealt with morning sickness