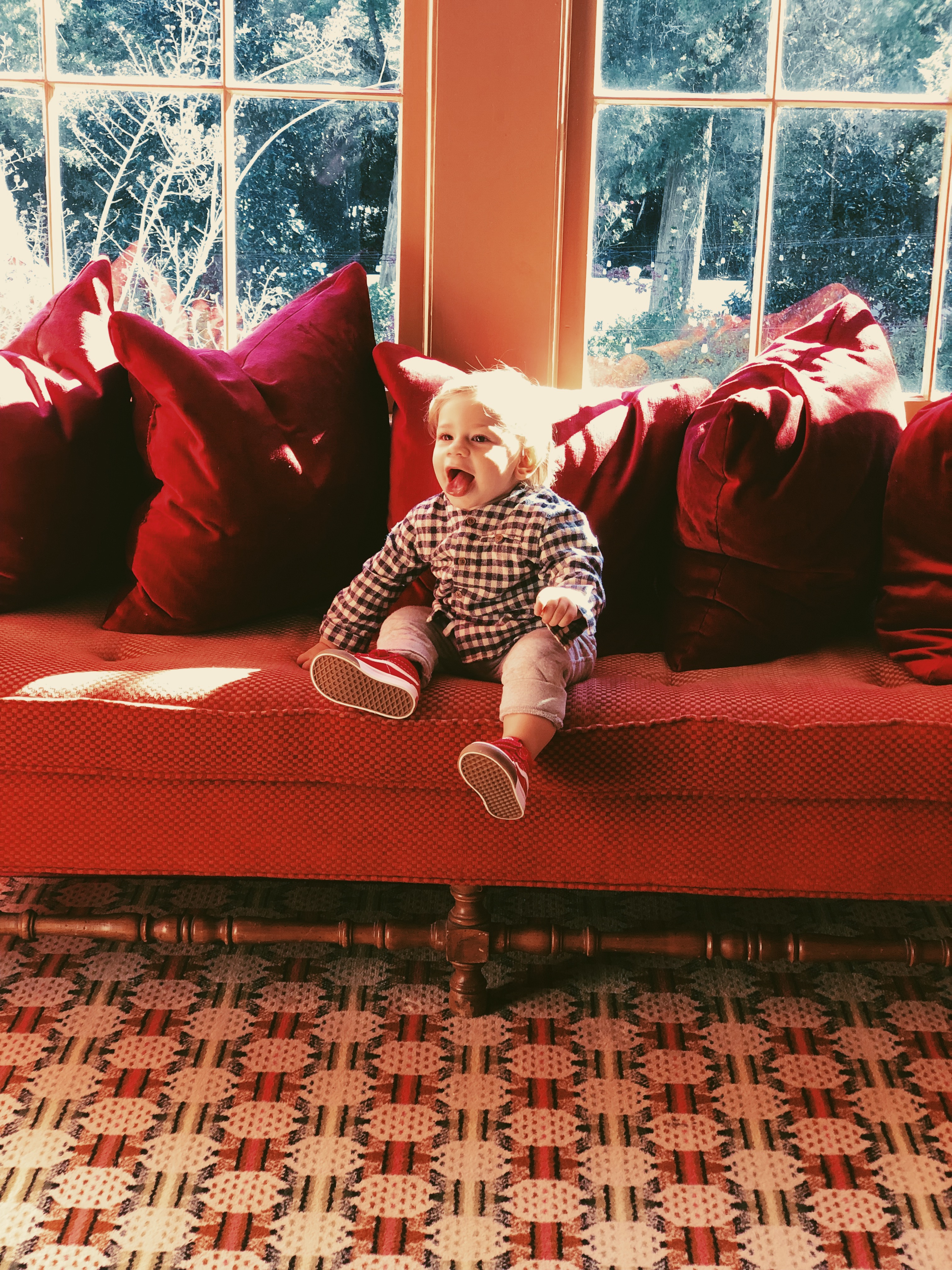 HOW I FEEL ABOUT MY BABY WALKING

TO ME, THERE ARE THREE GROUPS OF WALKING BABIES:

Here’s why I call them groups: because you get different type of moms in each one of them.

The ten months mom group understands and experiences chaos before any other moms. They barely had time to pop out a baby, then it’s already tearing apart something else than their V…sorry I’m laughing out loud writing this, but it’s kinda true. Excessive, but true. Everyone opens their eyes wide open when you tell them your kid started walking at 10 months and off you go chasing your baby, not toddler, BABY, around.

The 12 months mom is like, celebratory mom that just put together a birthday bash for their one year old and goes into this new “walking” chapter with readiness and gracefully answers the common question “is he walking yet?” with a high pitched “Yes!”

Then there’s the 16-18 months mom, that’s my group! Who has all the other moms staring at her like “you don’t even know what’s coming yet” while you’re impatiently waiting for your kid to walk but enjoying them not walking either. Let’s be real. Meanwhile, everybody else makes you feel like it’s not quite normal and you have to declare that you started walking around the same time and realizing that soon enough you’ll also have to comment about your “early or late” puberty. 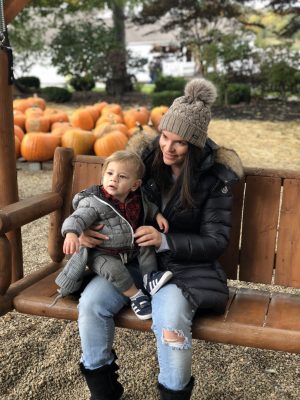 Honestly, I’m exactly where I was supposed to be! I truly believe that “God gives you what you can handle” and I seriously would not have been able to handle a hyper, destroy-it-all, 10-months-old-walker. Okay, of course, I would’ve handled it – BUT I’m just saying it’s not for me. I know what you’re thinking, “ha! Wait and see with your second one” and we can debate this for quite a while as I have with other moms that apparently didn’t want me to assume that about myself. When you enter the mom’s world, everything, and I mean EVERYTHING is debatable! Phew! (I mean just go on these Facebook mom groups, they’re so entertaining).

I guess what I’m trying to say is, I’m happy my baby took his time! 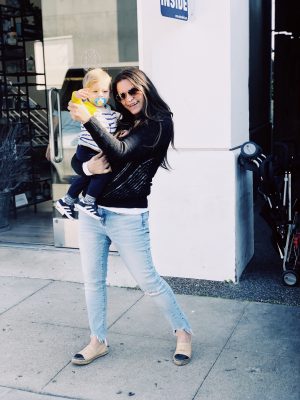 One thing I kept saying was “I can’t wait for Ollie to walk! I’ll have way more activities to do with him.” BELIEVE ME when I tell you that Kyle has held this over my head with a smirk and a laugh for the past week as Oliver finally started walking! Like, it’s official! I actually still feel the same way about it, but I also feel for any moms with a walking baby. This week has been exhausting! Not only were we traveling but I felt my head move in way more directions, like literally, and for the first time EVER, I actually lost sight of Oliver at our Thanksgiving party. I had never felt that feeling before, my head & eyes turned from 90 to a 360 degree angle and my heart dropped until Oliver’s auntie Kara screamed “he’s here!”– like practically on the other side of the room- that’s when you realize, your toddler has turned into a ninja. It’s like my mind and body has to adjust to the rapidity of this little walking pancake. Clearly. 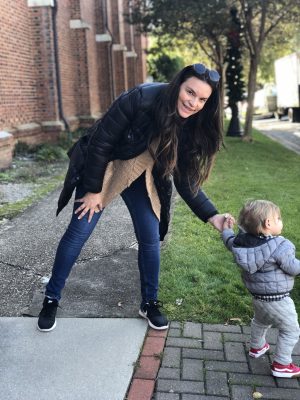 HERE’S WHAT I’M SUPER EXCITED ABOUT

There’s so many activities in Los Angeles for kids, but not that many for crawlers- I mean, it’s not like they can do much either, but parks and classes, art classes and baby gym classes are going to be fun! I’m also excited to be able to join my fellow moms in more things to do.

WHAT I REALLY LEARNED FROM THIS

I’ve learned to be patient and to cherish what you have at the moment that you have it. I knew that this month was going to be a transition. I really enjoyed him crawling everywhere like a little itty bitty spider. I took so many mental pictures as things were changing so quickly. I also let the pressure go that other people had made me feel from him not walking. I really just brushed it off because I trusted in Oliver and he’s doing exactly what he’s supposed to be doing whenever he’s ready. I didn’t listen to all the noise:

“Bring him to a walking therapist!”

“Take his walker away, it delays him.”

I let him have his walker, I held his hand to walk if he wanted to, and I just chilled. 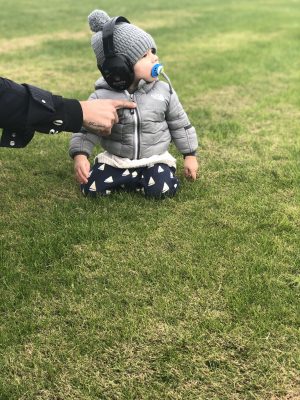 HERE’S HOW MY BABY STARTED WALKING

He would take a couple steps when I’d take his hands up, but he would quickly get annoyed. He just wanted to climb on things or crawl. Oliver is SO good at crawling, he’s legit the fastest baby I’ve ever seen – people would always comment on how fast he is and I honestly think that’s why he had no interest in walking.

The day he turned One, he actually showed interest in his walker for the first time, but only wanted to use it inside the house. Little by little, he started adventuring out in the hallway or the park with his walker. He was in that stage where he did not want me to hold his hand walking and didn’t want the walker for too long either- he would get over it quickly! So as everyone was telling me to push him to walk, I would try, but tantrums were on the menu. I still attempted a little everyday, especially around 13-14 months.

One day, at 15 months, he took a couple steps with Kyle and his babysitter standing across from each other. I couldn’t believe it. I didn’t think he would do it, so I didn’t even pay that much attention. I was chewing on my food until my mouth dropped. Then, he had what they call a “regression”; the kid would scream if you tried to have him walk…so we let it go.

At 16 months, while I was preparing his bath, Oliver out of nowhere started walking from my nightstand to the bedroom door; I froze and just watched. It was as if I had seen a ghost. I mean, everyone told me “one day, he’ll just walk” and it’s so true and so weird! Like, where the hell did that come from?! So then it was 4-5 steps on his own randomly to 10-15 steps to hey-boy-bye kind of steps!

Now, I’m just cruising trying to follow and can’t believe my wobbly baby is walking. He’s so damn cute with his little “drunk” legs, I can’t take it. I’m doing my best to not freak out every time he falls and just peacefully watch my baby grow…I’m low-key tearing up as we’re flying back home to Los Angeles just thinking about it.

My Tips for Gentle Parenting + Praising

My Must Haves When My Toddler is Sick

Advice To My Younger Self 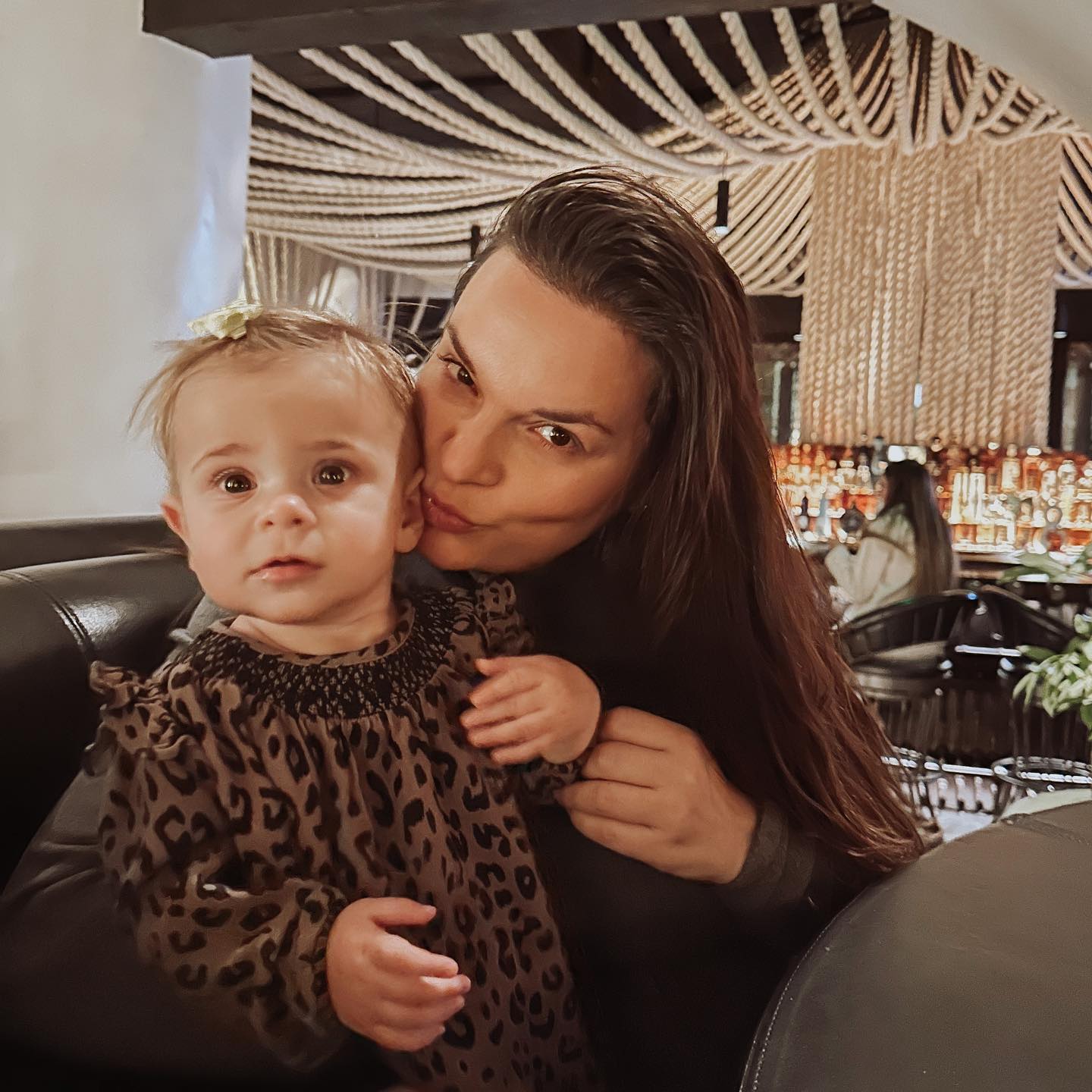 juliebarzman
•
Follow
They say you subconsciously pick your life partner that will challenge your healing…but Children are the most awakening, healing “statement” that we receive in our lives too. I know this little girl is going to bring up some pretty uncomfortable stuff that I still have some healing to do between my mommy and I…and Blake….and that’s really the beauty of our meaning in life; this cycle of learning, healing and loving. Above all, the love I have for her ❤️ they say your heart grows and keep growing with each children, and boy oh boy is it true. My little miracle baby, not a day goes by that I am not eternally grateful for you. Your spunk, firecracker personality, already can’t take no for an answer, my oh so not gentle baby girl aka little truck driver….😂. I love you
View on Instagram |
1/4 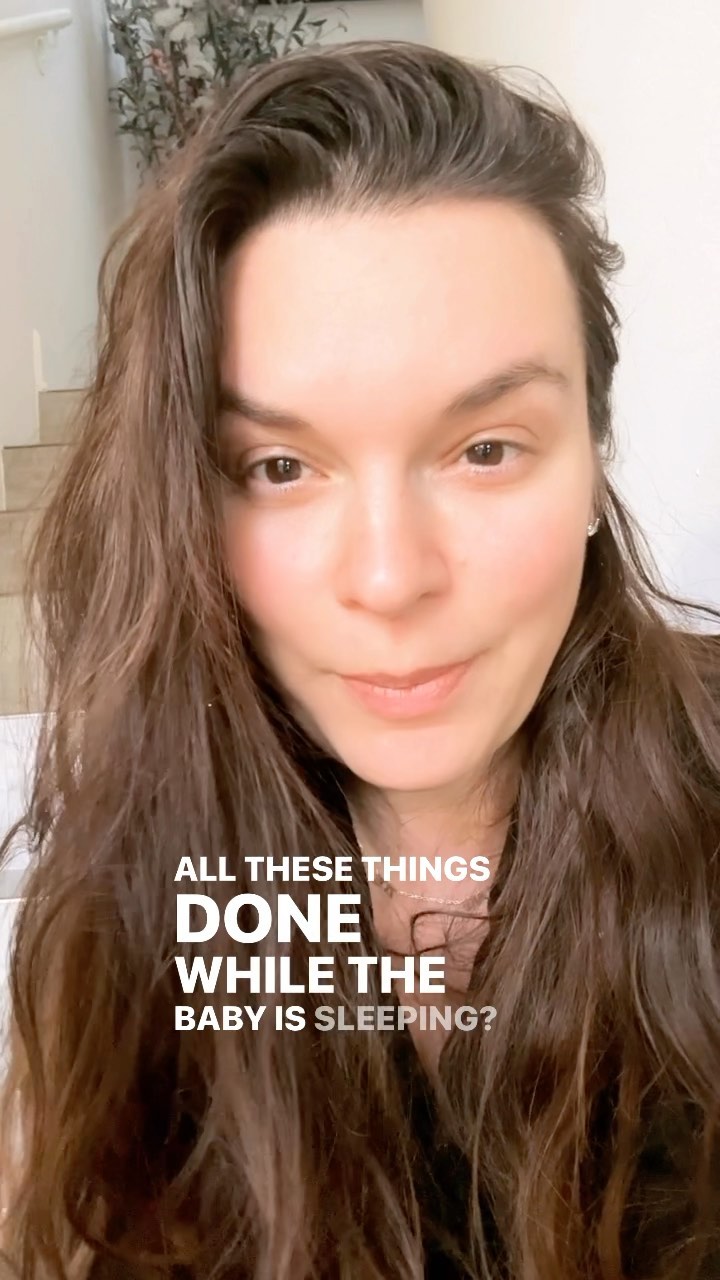 juliebarzman
•
Follow
There’s a happy place between “sleep when baby is sleeping” that can be unrealistic and also “get it all done” while baby sleeping. That happy place is “nothing.” Nada, niente. Pure procrastination if you want to call it that; I call it pure procrarebootation 😂 cause mama needs a reboot y’all #parentingtips #babysleep #babynap #momlife #quiet #overachiever #calmbeforethestorm
View on Instagram |
2/4

juliebarzman
•
Follow
Finding ways to protect yourself as an empath is so important, in unselfish ways, finding the balance helps. Here are some ideas:⁠ ⁠ 💓 BREATHWORK⁠ I find @wim.hofmethod to be extremely helpful.⁠ ⁠ 💓 VISUALIZATION + MEDITATION⁠ Wrapping a protective beautiful material around you and clearing out the negative. ⁠ ⁠ 💓 MORNING ROUTINE⁠ Stabilize yourself with a few things that makes you feel good and grounded. Coffee, uplifting book, journaling, reading good news etc.⁠ ⁠ 💓 SETTING BOUNDARIES⁠ You can be at service through a “schedule” where you know it’s not affecting your energy and light. Know when to recognize that a relationship is experiencing toxic tendencies. ⁠ ⁠ 💓 DO THE WORK⁠ Allowing someone to do their part for their own healing and not expect the efforts you put in to go in any directions. What will be, will be.⁠ ⁠ 💓 DON'T TAKE ANY BLAME⁠ Don't let yourself take the blame and protecting yourself. ⁠ ⁠ 💓 NOTICE ⁠ Look for the moments when you start feeling depleted or if a small situation triggers you way more than it should, press pause. Lowering the noise and slowing down before you can’t handle it anymore. ⁠ ⁠ Being an empath is doing the work beyond saying “that someone deserved it” or this person should’ve thought of it before” Being understanding like you’d want to be understood in a similar situation is key 🔑 ⁠ ⁠ It creates a cycle and the more you treat people right, the more you will be given the same treatment and if you’re not, perhaps it’s because you’re allowing it. We all can give and receive plenty. ⁠ ⁠ Are you an empath? How do you handle it?✨⁠ ⁠ #themommycodes #emotionalwellbeing #emotionalhealing #emotionalregulation #mindbodyconnection #innerjourney #careforyourself #createyourownreality #innergrowth #healingwork #selfcompassion #lightworkersunited #starseedawakening #selflovejourney
View on Instagram |
3/4 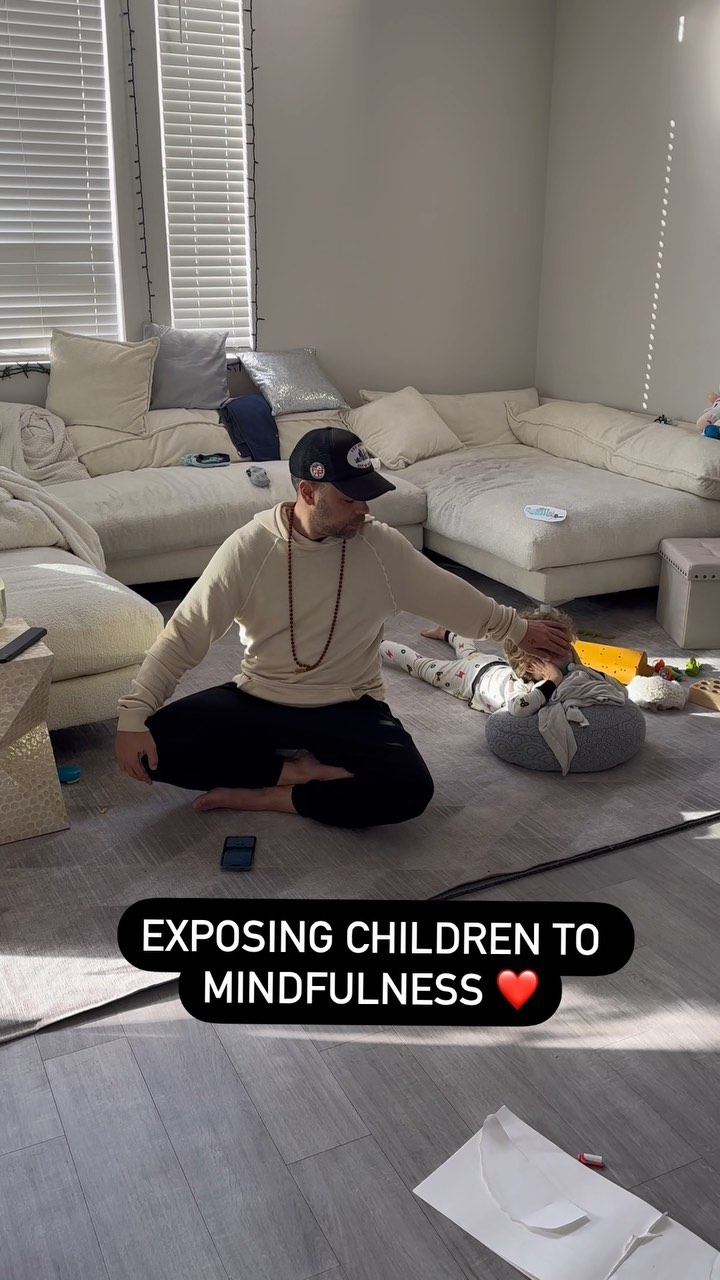