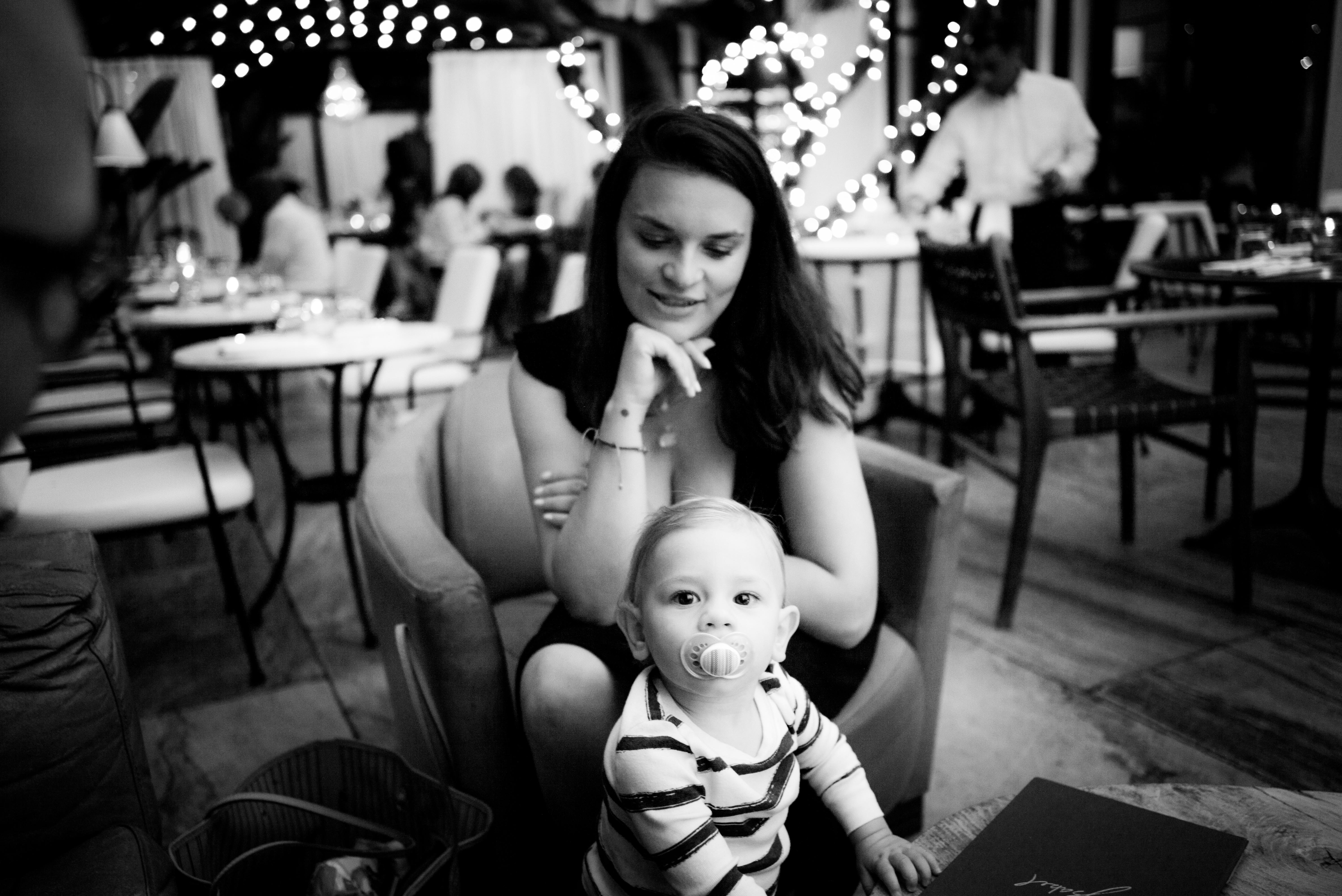 HOW TO HANDLE A TODDLER MELTDOWN

Meltdowns and tantrums are hard to handle.

I’m very big on understanding human beings and why things are the way they are. Understanding why my child is acting a certain way will help me respond the best way I can.

Here are some things I’ve gathered that hopefully will help you navigate these stressful moments.

UNDERSTAND WHAT YOUR GOAL IS

My main mission as a parent is to understand my responsibility which is teaching my child life skills. Teaching and discipline are merely the same things. When we hear discipline, we tend to think of it as harsh, punishment, and/or consequences. Actually, discipline is an exchange between a parent and a child, where you connect with them to redirect their behaviour in an emphatic way; to show that you’re present, listening and kind while still setting rules and boundaries.

My goal is to ask myself, why did my child behave this way, in a deeper way than just thinking, “he’s a brat.”

#1 – What do I want to teach in this moment? Whether it’s self-control, sharing, or something else, and:

#2 – How can I do my best to translate this lesson? Consider your child’s age, what stage they are in, and not going directly to punishment or getting mad, which is not serving anyone in a long term.

For much younger children, tantrums are mostly emotional, not being able to communicate and also testing things out. They don’t know just yet what’s right or wrong, and they don’t start to understand that concept until around 2 years old. There’s uncertainty as to why this action is wrong. They’re not trying to purposely hurt you, be a pain or not listen. They have emotional behaviours that require certain needs and attention due to the brain not being fully developed or natural attachment behaviours.

Tantrums are emotional when they feel a lack of something or they’re just frustrated. They lack vocabulary and skills to navigate their emotions. They can’t control their emotions so it is a waste of time to punish or scream because there is a remaining non-understanding of their behavior. As a parent, you have to guide them to understand their feelings. I mean, as adults we’re still doing that on a daily basis and it’s not easy! Imagine feeling angry for the first time and you don’t even know where or why that feeling came up. Even if they are all over the place and you assume they’re not listening, they are. Talk to them. Always choose communication and kindness, but stay firm.

It also comes from two different parts of the brain- one part where it’s more calculated and less irrational, and another one where it’s emotional and really requires communication instead of getting angry or impatient. That’s usually when we lose it and act as immature as our child.

“Don’t hit!” or “Don’t do this” or “Time out!”  are not explaining or giving any deep lessons or guidance to a child. Some things in life will not require you to explain as some life lessons will need much more than words. But other times, you have to take the time to redirect. This applies to older children and while you’re getting ready or if you have an older child, this book that I’m reading right now is amazing. click here. 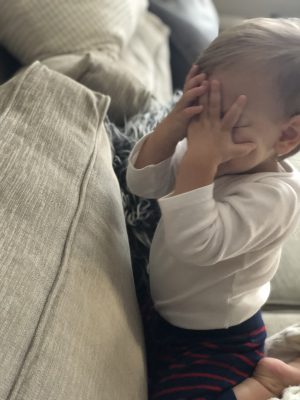 UNDERSTAND YOUR OWN TANTRUM

It’s difficult to not feel like you need to yell louder than your child or get angry in that moment. I think it’s pretty natural to feel attacked right away, so our first response is to behave by attacking back. Understanding that you as a parent have your own triggers, relationship and behaviors that you learned from your parents, where you probably felt powerless at times and that feeling can really make us feel impatient or angry. Therefore, during a tantrum when you are put in a stress mode situation, you have the impulse to be dominant and “go to war,” but that’s when you need to breathe and understand that your child is stressed too!

So what’s the point…

“Hands are to be gentle, show me gentle.”

The word no is a stressor to their brain until about 3 years old. Here’s what you can do to redirect.

“Play with this instead.”

“This is dangerous, but this is safe.”

Here’s what you can say to redirect:

“That hurts. I’m pushing your teeth away.”

“What are you trying to say?”

“Are you hungry? This is safe to bite.”

Redirect attention with another toy/activity.

“You can play with this.”

“I think he/she is still playing with that.”

Punishment is a lack of verbal explanation to teach the child what happened that would cause the punishment. Consequences allow the child to “review” their behavior and give them a chance to correct it; without guilt or shame.

When you punish, it’s really about your reaction, your understanding and knowledge of the behavior that you assumed, subconsciously maybe, that your child knew. If punishing is the constant result, you may never know what your child is learning about his behavior, and is actually eventually stopping that behavior only because of the uncomfortable result, but not because of the root of the behavior. That doesn’t offer life lessons or life skills and some things might come from our own patterns.

Consequences are a natural redirection and life example of what happens when a behavior is not being revised. It’s setting clear boundaries and if they don’t understand right away, that’s ok! These things take time.

If you ask your child to not throw a toy and they keep doing it after explaining and a warning, you take it away and re-introduce it later. You repeat it until the behavior stops.

Time outs, yelling, shaming and guilting are very poor teachers. They’re an expression of your behavior and it’s absolutely normal to feel lost and maybe not know of other alternatives. Perhaps applying more communicative approaches will help you and your child.

HOW TO BEHAVE DURING A TANTRUM

Redirecting gently and kindly with your young baby is healthy and you get to practice! Redirecting also means to explain, to communicate, to respect, to understand and to be kind.

It’s really hard to keep your cool sometimes and I really do my best to always come from a place of understanding. I limit my reactions as at a young age, they really look for any reaction that would validate that behavior, but they also understand more than you think! So I wait for the tantrum to be over and then softly but firmly explain why you’re upset that your child did something, but also acknowledge their feeling and validate the way they feel.

“You’re angry that I wasn’t paying attention, but we have to be gentle.”

One mom also advised me to even explain what parts of the body are for:

“Your hands are not for hitting but to caress”  and finish by showing affection by letting them feel secure and not scared. 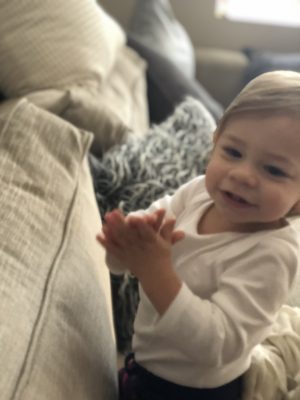 Limiting negations by always saying “no” is also helpful, that’s something that I’ve been working on for a while. Saying “No” has scientifically been proven to cause a lot of stress in the child’s brain; they feel attacked and don’t have the ability yet to actually comprehend fully what “no” means until they’re three years old, so most likely they’ll keep doing what they’re doing. Instead positively redirecting with “yes, you can play with that toy, but not throw it.”

HOW TO POSITIVELY HANDLE A TANTRUM

They are actually craving rules at that age even though it seems as it is what makes them angry, but that’s their learning process.

Repetition and consistency are also really important. If one day you’re in a really good mood and you don’t care that they threw food all over the floor but the next day you’re cranky and get mad, they will get really confused.

Use positive reinforcement. They don’t understand negations and positivity doesn’t cause as much stress.

Create routines. Babies or kids usually love a good routine! You know what to expect and so do they! It can also be helpful to formulate questions instead of orders: “What do we do after pajamas?” and they’ll know it’s time for storytime or brushing their teeth…

Ask for permission. They are human beings and have their own right after all. I always ask Oliver “Are you done playing in the bath? Can we go out? ” Obviously he doesn’t always cooperate, but he knows what to expect. He still gets frustrated sometimes but I don’t want to force him to do something right off the bat; I’d rather give him the opportunity to make a choice, a decision. Even if he’s playing with the remote or something I don’t want him to touch, I always ask “can I have this please?” and he usually always hands it to me. Then I’ve avoided ten minutes of crying by ripping it from his hands.

Give tons of affection. Children need it and there’s no spoiling a child with affection. You’re more likely to create a “brat” by not giving affection. 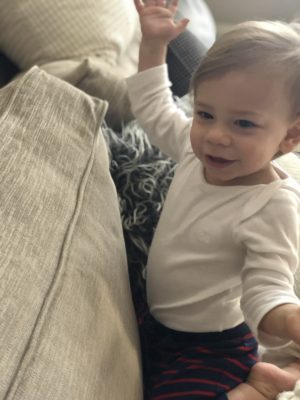 We’re all in this! Tantrums are normal. Research actually shows that a child who has tantrums with their parents feels safe and secure and that they can be themselves….so keep that in mind!

All this advice and research has made me feel a little better going into this parenting thing that is a new adventure every day! I love understanding my child and myself better. I can’t avoid tantrums, but I can do better at responding to them.

HOW I REDUCE ANXIETY AND STAY CALM AS A PARENT

WHAT I THOUGHT ABOUT CHILDBIRTH BEFORE GIVING BIRTH

Check out my recent podcast with the Fertile Life!